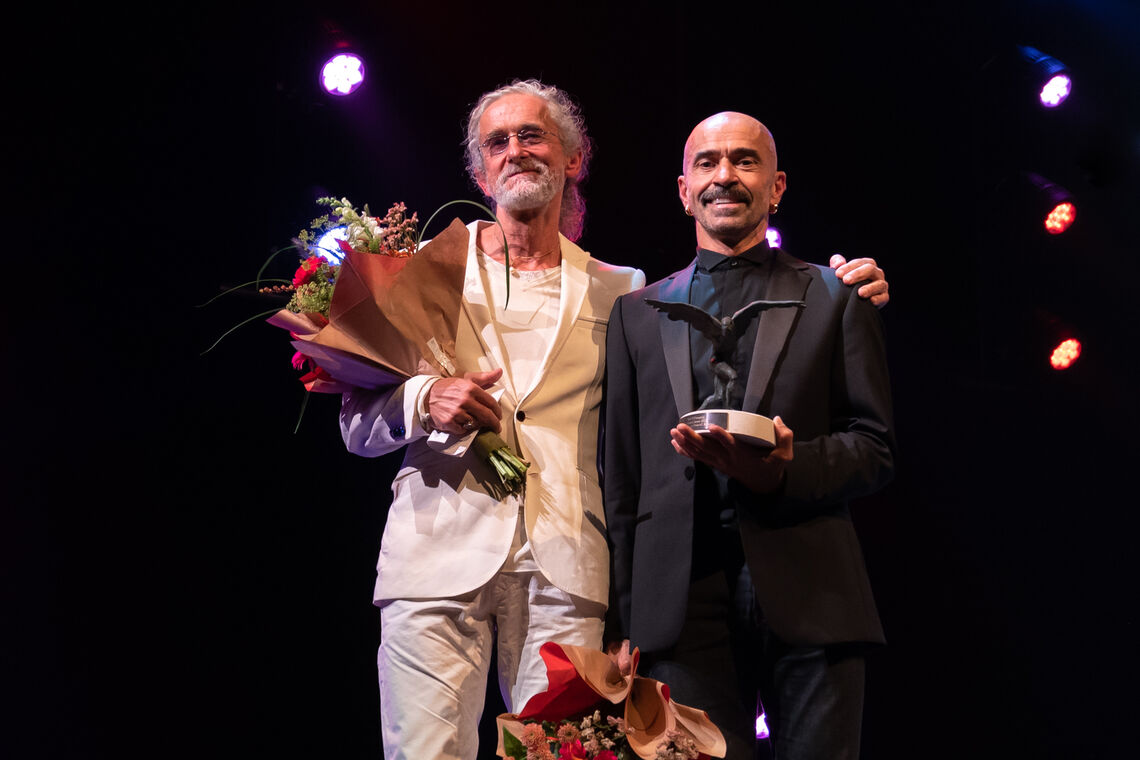 The Gouden Zwaan has been awarded to a duo of choreographers who, since the start of their collaboration in 1995, have made an unmistakable contribution to Dutch dance. The national and international image of their work also played a role. That scope was immediately manifest in their trilogy 'Fra Cervello e Movimento' (between brain and movement). Since then, their work has been a relentless search for the intuitive body and its motives.

The jury: “Emio Greco and Pieter C. Scholten rebel against the view of the body as subordinate to the mind. Our thinking needs the body as an inexhaustible source of experience and knowledge. Their performances bear witness to this ongoing exploration of the embodied experience that precedes language. Over the past decades, the choreographies by Emio Greco and Pieter C. Scholten have proved to be a rich source for formulating a new dance vocabulary by continually exploring the theatrical space between meaning and form. The dancer's body is a tabula rasa for them, which describes a journey during each performance around the question of what it means to be human. The intensity of their artistry made the jury decide to award them the Golden Swan.”