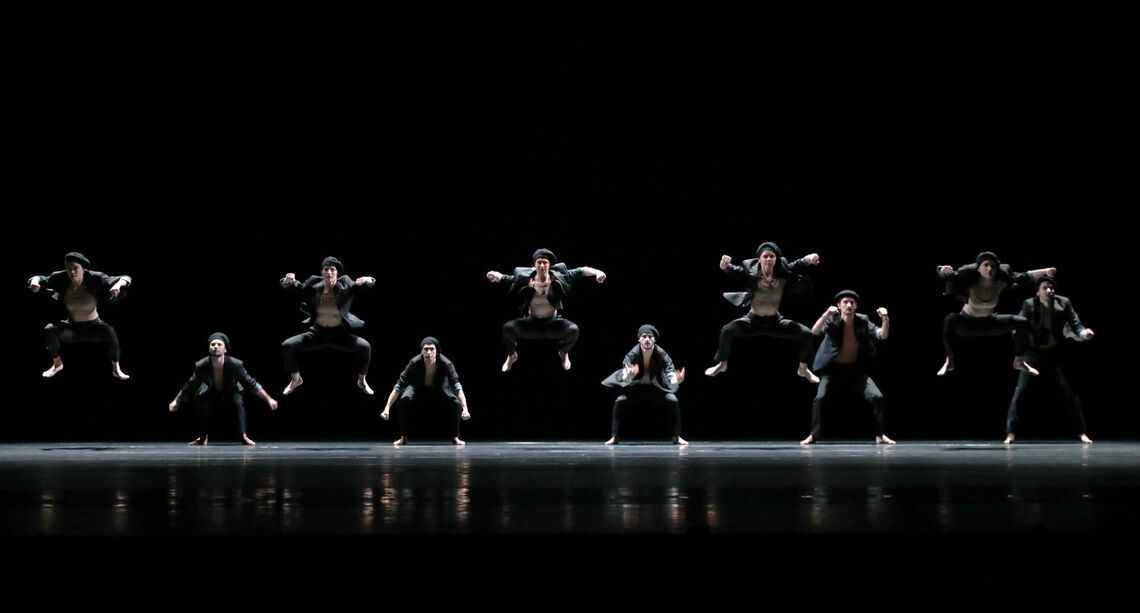 During Meesterwerken we pay tribute to the 'Masters of Dutch dance' together with the top companies of the Netherlands. During a varied program we celebrate the anniversaries of Hans van Manen, Jirí Kyilán, and the company of Andrea Leine and Harijono Roebana and we see work by masters Mauro Bigonzetti and Sidi Larbi Cherkaoui.

On July 11 2022, the grand master of Dutch dance, Hans van Manen, turned 90. The National Ballet is celebrating this extensively with a festival and a tour through the Netherlands, including a performance during the Nederlandse Dansdagen.

Nederlands Dans Theater (NDT) is celebrating Jiří Kylián's 75th birthday and is bringing a special work by this top choreographer to Maastricht. NDT 1 dances Gods and Dogs, Kylián's 75th choreography for NDT and also awarded the Swan for best production 2009.

Andrea Leine and Harijono Roebana belonged to the generation of choreographers who changed the face of Dutch dance in the early 1990s. Their fascination for the complex relationship between dance and music formed the common thread within a highly recognizable oeuvre over the following 30 years. The progressive insight into this relationship connects them with recognized masters of musicality such as Jiří Kylián and Hans van Manen, with whom they share this evening.

Introdans brings work by two masters to Maastricht: Mauro Bigonzetti and Sidi Larbi Cherkaoui.
Choreographer Mauro Bigonzetti works with leading companies in and outside Europe. The many foreign companies that dance his works include the Bolshoi Ballet in Moscow, the New York City Ballet and the English National Ballet. Rossini Cards is an example of Bigonzetti's baroque style, in which classical technique forms the basis for a modern choreography, set to music by the famous Italian composer Gioacchino Rossini (1792-1868).
In Harbor Me by Sidi Larbi Cherkaoui, three dancers are looking for a safe haven. The scene is reminiscent of a seaport at low tide, with the three dancers dancing in the silt. Full of melancholy and missed fusions. A new gem from the Introdans treasure chest.

Meesterwerken is the only time of the year when ‘our’ top companies can be admired on one stage. A unique moment not to be missed!