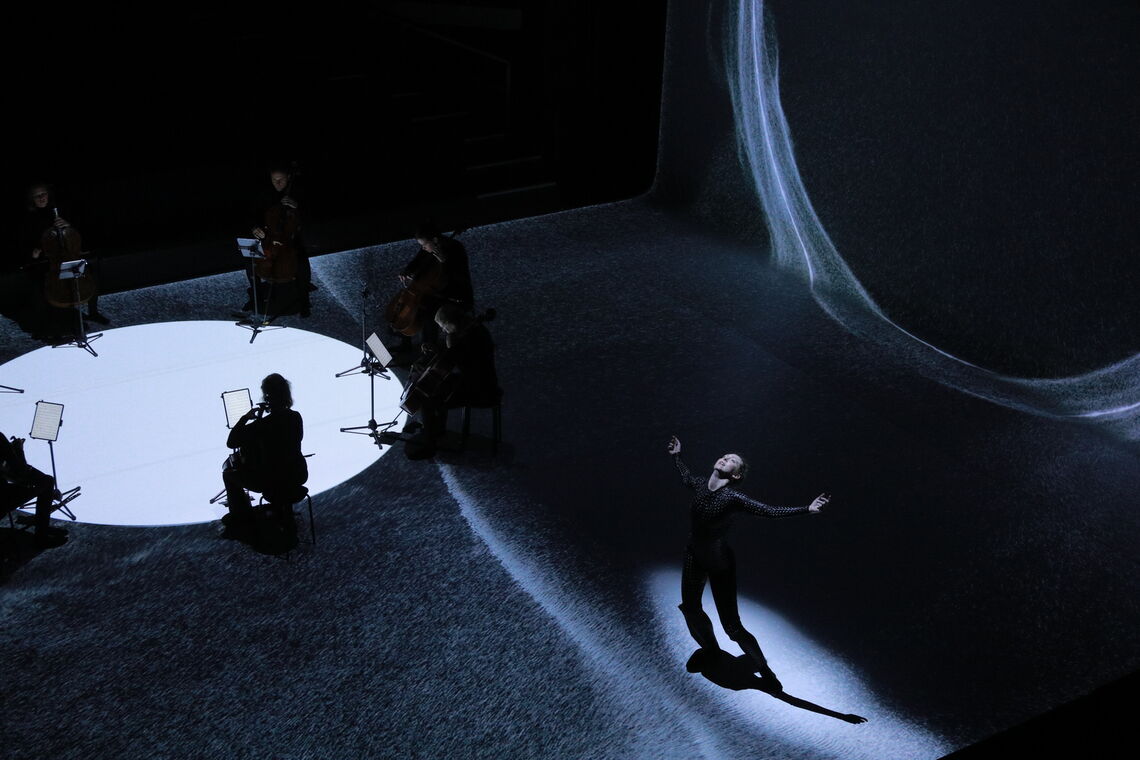 Two years ago, the renowned New York composer Michael Gordon wrote the exciting '8' for eight cellos for the Cello Octet Amsterdam. Choreographer Dunja Jocic was directly inspired by the music. The eight cellos sound like an autumn storm that swells and settles again. The many shades between bright-light and black-dark are transformed into intense dance by her. The performers enter a beautiful video landscape by designer Filip Mikic. With 'motion capture' video, movements, images and sounds of the dancers and musicians are converted into an image and sound storm.

Cello Octet Amsterdam is an adventurous collective of cellists that stands for new music and interdisciplinary performances. The Octet preformed at stages and festivals in Europe, the United States, Central and South America, Asia and the Middle East. In the contemporary music world, the Octet is a household name. Through collaborations with composers such as Philip Glass, Sofia Gubaidulina, Arvo Pärt, Theo Loevendie, Mauricio Kagel, Michael Gordon and Kate Moore. Arvo Pärt said after the premiere of his first piece for the Octet: “The Octet is worth its weight in gold, I discovered this ensemble 10 years too late.” www.cellooctet.com

In her hallucinatory, cinematic performances with an electrically charged and whimsical dance language, choreographer and filmmaker Dunja Jocic confronts us with the absurdity of our existence. Jocic presents her work worldwide at dance and film festivals. In recent years she has collaborated with Guy & Roni, Yannis Kyriakides, Marinus Groothof, Klaas de Vries, Tomoko Mukaiyama and Barbi Markovic. She received the Prize of the Nederlandse Dansdagen Maastricht, BNG Bank Dance award and a nomination for the 'Zwaan' (most impressive dance performance). Her film Bird won the Cinedans Audience Award.

Michael Gordon: “8 (Side B)” performed by Cello Octet Amsterdam 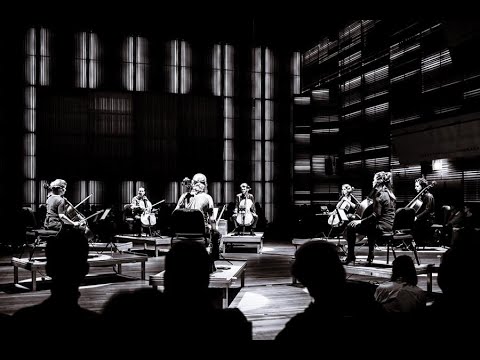 Hallucination is the common denominator with which composer Michael Gordon, Cello Octet Amsterdam and choreographer Dunja Jocic have forged an alliance. The result, Arcus Cloud, magically raced through the Kleine Zaal of De Oosterpoort for an hour.'

‘The merging of music, images and dance results in a Gesamtkunstwerk in which it is best to lose yourself completely, with your eyes open. A fever dream from which you wake up after an hour.”

Note: This performance starts at 1:30 PM. If you bought your ticket before July 1, you still have the old time on your ticket. You will receive a new adjusted e-ticket within two weeks. Are you unable or unwilling to attend the performance at the new time for whatever reason? Then you will receive the value of the tickets back by contacting the UITbalie (T. 043 350 55 55) of Theater aan het Vrijthof before 8 July 2021.